…the boys will play. Mom had a test in on Saturday to finish qualifying for her five-year teaching license, so dad and Augie stayed home and tried to think of things to do. When mom called two minutes before her test was supposed to start and said she was still walking to the testing facility because a marathon screwed up traffic, dad knew mom would be sad when she got home. So, he and Augie had a brilliant idea to cheer her up: Make her some brownies!

For other husbands/dads out there who don’t know how to cheer up their wives/baby mommas when they are sad, here is an easy 15-step guide on how to make scrumptious brownies that are sure to go fast. 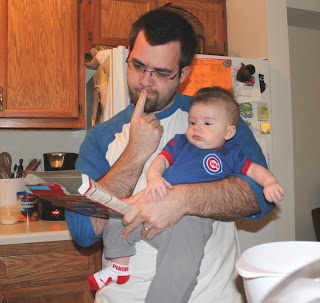 Step one, read the directions. You have to make sure you have all of the ingredients. 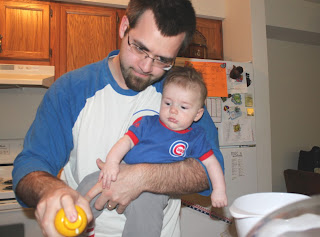 Step two, spray the pan so the brownies don’t stick. (Make sure to use cooking spray and not a can of spray paint). 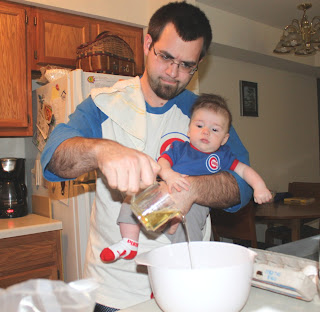 Step three, add 1/2 cup of vegetable oil to a big, white mixing bowl. (Mixing bowl does not have to be big or white, but it does have to be large enough to hold all the ingredients). 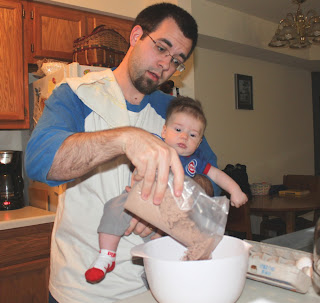 Step four, cut open the big bag of chocolatey powder and dump it into the bowl with the vegetable oil. (Tip: Do not taste test the powder, it does not taste good). 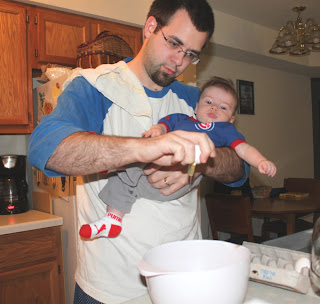 Step five, break two eggs into the mixing bowl one-handed. (You don’t have to do this one-handed, but you look so much cooler when you do). 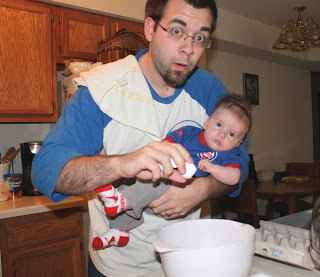 Step six, pick out the pieces of eggshell that fell into the bowl when you tried to look cool breaking the eggs one-handed. 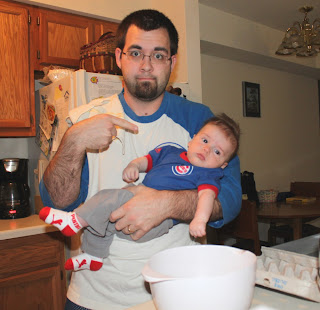 Step seven, blame the kid for any eggshells that may remain in the brownie mix. 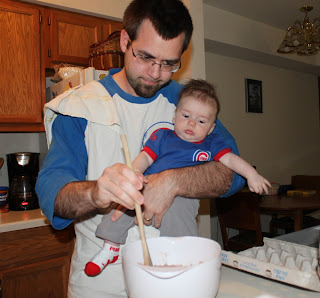 Step eight, mix the eggshells into the rest of the brownie mix and act like nothing is wrong with the mix. 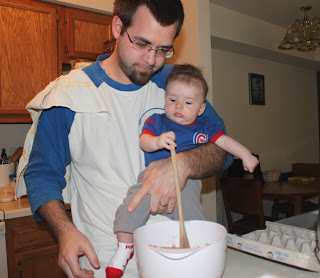 Step nine, make sure your kid helps do some of the mixing so you can pin the blame on him later when mom bites into an eggshell-laced brownie. 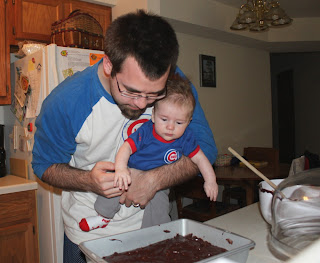 Step ten, put the mixed up mix into the pan and look for visible signs of eggshells. 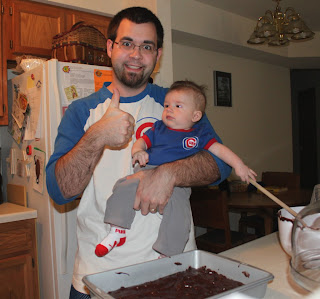 Step eleven, if no eggshells are visible from the outside give a big thumbs up, you may just fool the little lady. (Note: Watch to make sure your kid isn’t trying to get at the batter left in the mixing bowl). 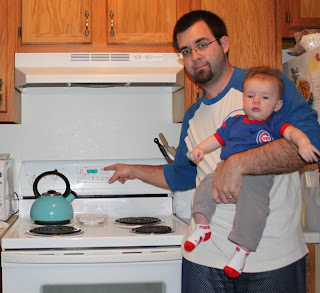 Step twelve, point at the oven timer for the camera and wait 28 minutes until the brownies are done. (Cook time may vary based on pan size and how crappy your oven is). 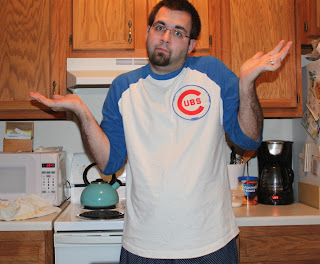 Step thirteen, the brownies are done, where is your kid? Find your kid, who is likely off eating the remaining batter from the bowl, so he can watch you remove the brownies from the oven. 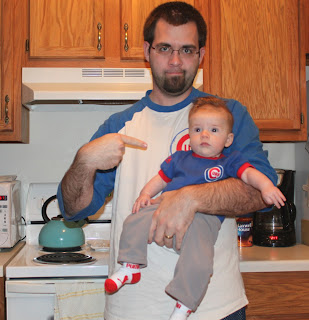 Step fourteen, chastise the kid for running away, (make sure he has a cute “What did I do?” look on his face for the camera), and pull the brownies out of the oven without burning the kid. 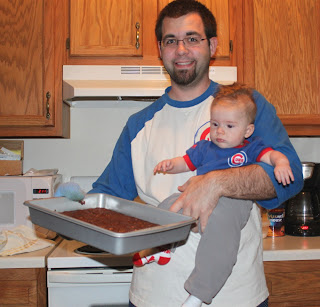 Step fifteen, bask in the glory and aroma of one perfectly cooked pan of brownies. (Do not feed to children less than one year of age, they may die).

And that is it. Fifteen simple steps to cheer up a sad wife/baby momma. Now, enjoy your brownies.

***Disclaimer: Do not burn down the kitchen or you may lose all the brownie points (teehee) you collected by making your wife/baby momma brownies.***

Decoding Dadhood is the one and only blog detailing the everyday life of Augie Graham and Gracie Jo. From time to time, I'll post comments, photos or videos about what the kids have been up to. So sit back, enjoy and feel free to comment on the posts.